A few years ago, I started picking a single word to focus on as I moved into the new year. Last year I chose “Unfolding”, this year I chose RISE as my one little word for 2017. 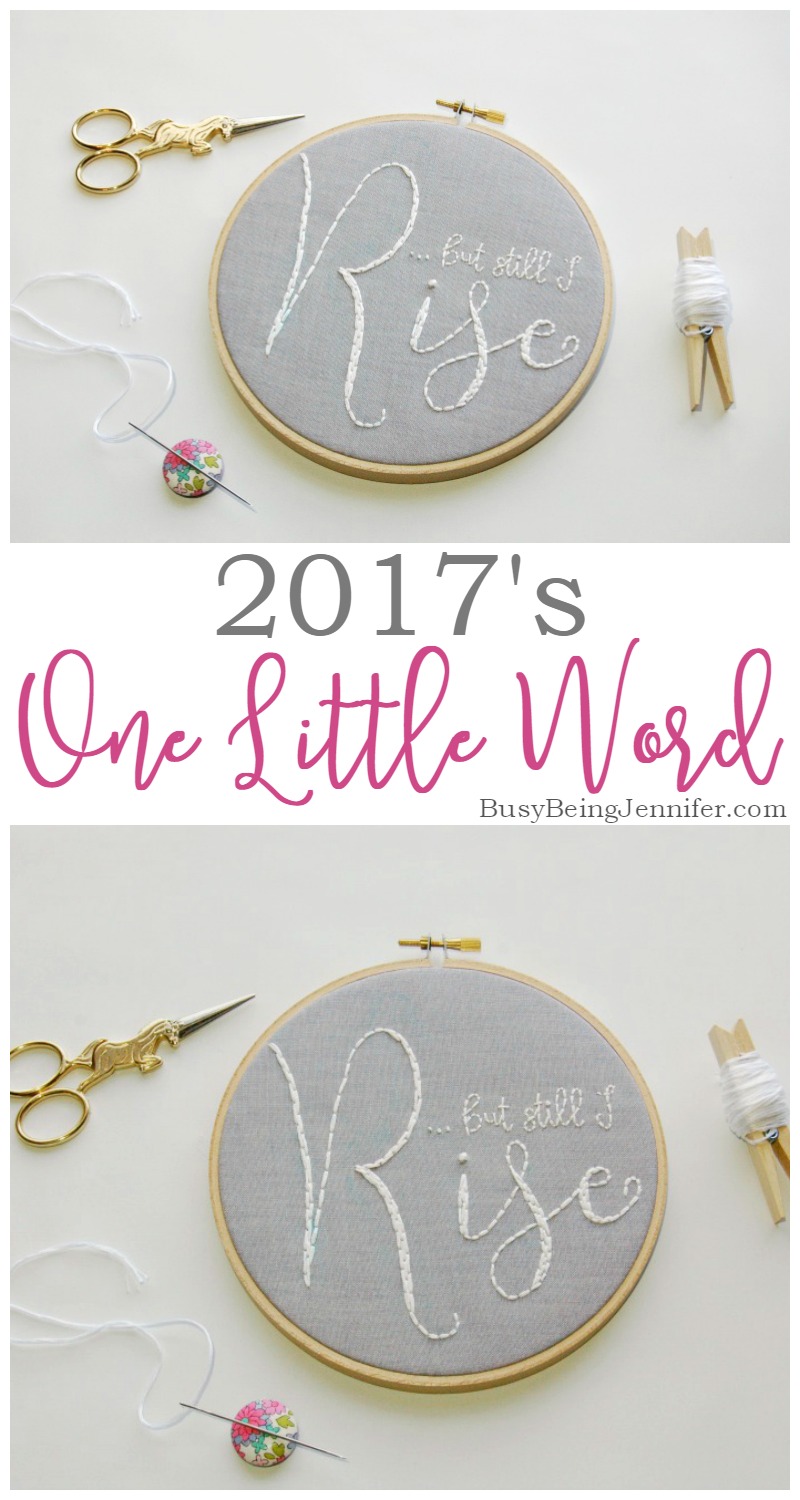 Lets face it, 2016 was a rough one. Seriously. The meme’s on facebook pretty much say it all. 2016 took a lot out of all of us. Its been a butt-kicker for my little family too. The Hubs was hurt at work and then unemployed for almost 5 months. I struggled with my health more than usual, sliced open my hand and took on a little more than I should.

Despite the insanity, struggles and challenges, we made it out alive! 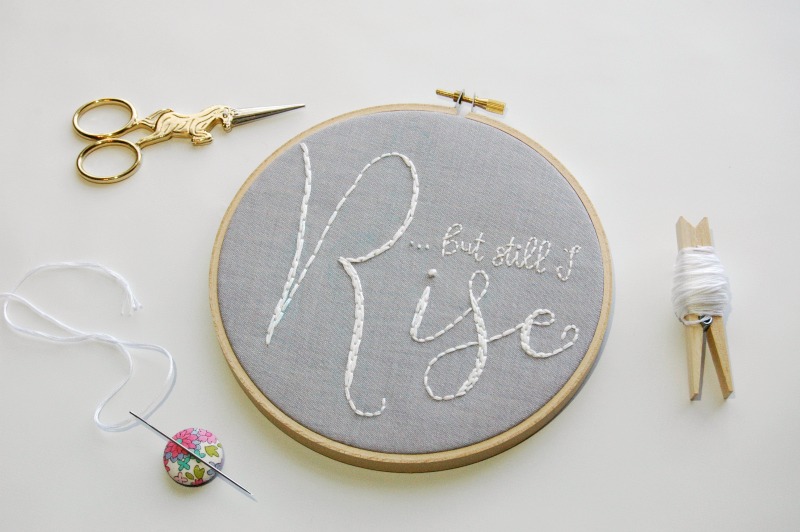 I knew what my one little word for this next year was going to be in November. I kind of stumbled on to it, thanks to my Mom.

I was having a rough week, and an even rougher day, when out of the blue I got a text from my Mom. It simply said “this is for you right now” with a link to a youtube video.

There was something about these words that struck a chord in me. I’d been letting life and the struggles overwhelm me, and it was starting to wear me down.

I played this song over and over and over again for the next hour or so, letting it sink in and settle in my soul. It was the healing balm that I needed that day and the words “but still I rise” became my mantra.

… but still I rise

above the stress, challenges, obstacles and health issues, I will Rise.

And so my one little word for 2017 was decided on. 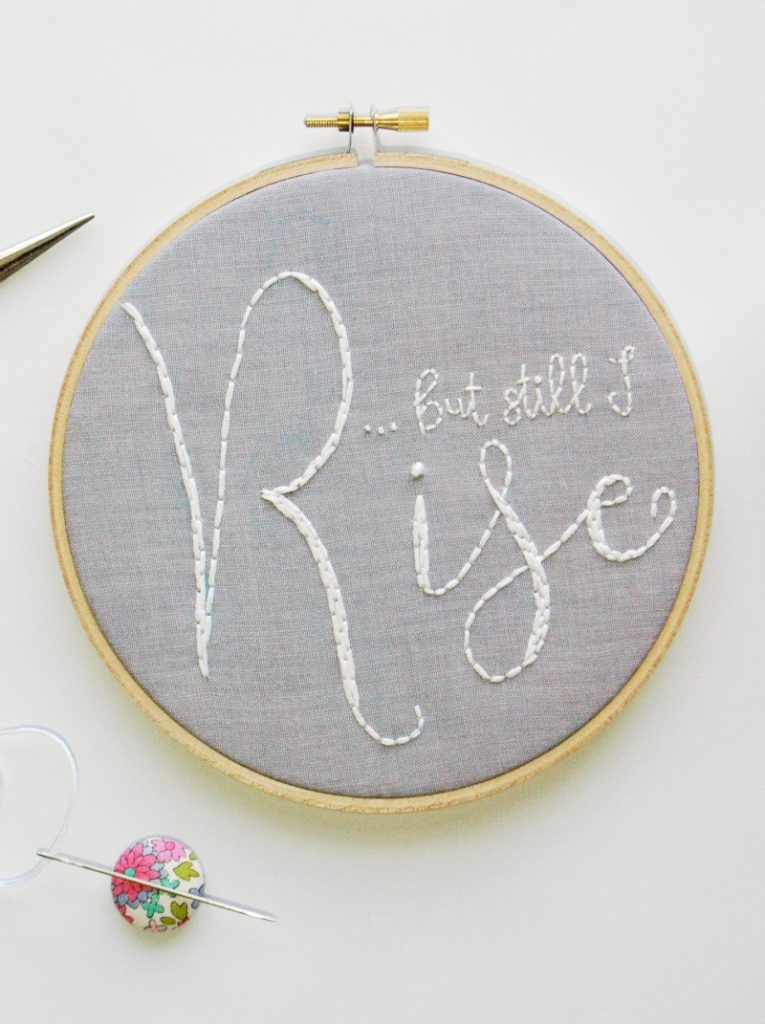 And then, after thinking and meditating on this word Rise, and the phrase “but still I rise”, I decided to take it one step further and add a permanent reminder in a place that I won’t ever miss… 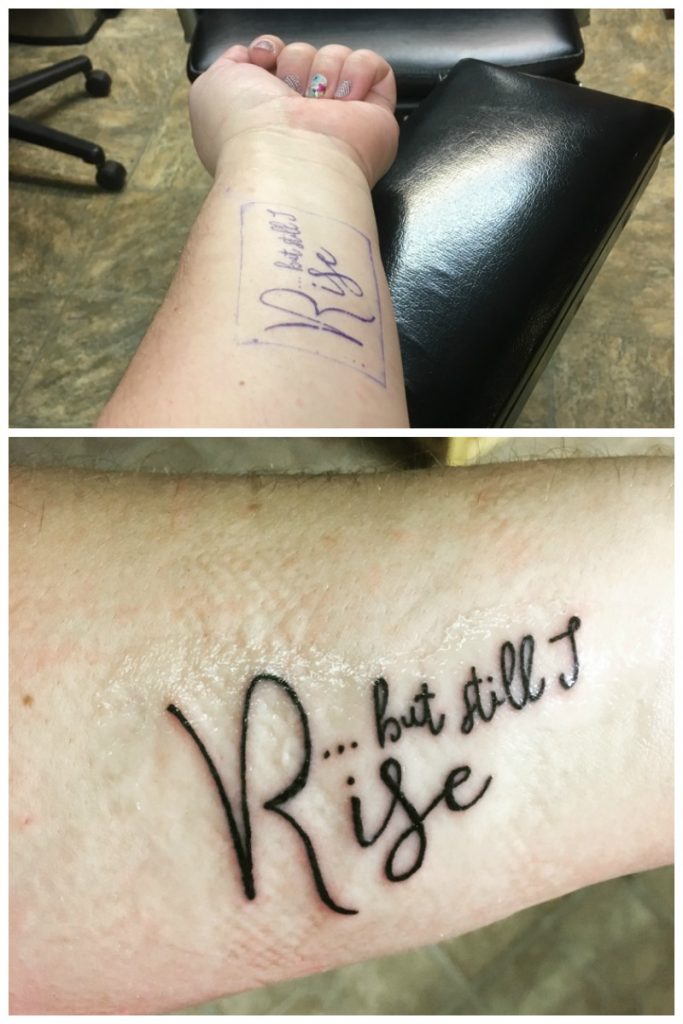 Every time I look down at my arm, I am reminded that no matter what, I will rise. I will always rise.