With the cancellation of Decembers market due to the ice storm that came through, I found myself with a whole lot of extra time! All the things that I was making to take to the last market of the year no longer needed to be finished. I was able to concentrate on finishing Christmas orders and getting them in the mail. By the 3rd week of December, I was done everything that HAD to be done! I’d been working like mad for 3.5 months on market and holiday inventory, so it was a weird feeling to be able to mess around and work on whatever I felt like. One night I decided I wanted to crochet something different… so I crocheted a horse! 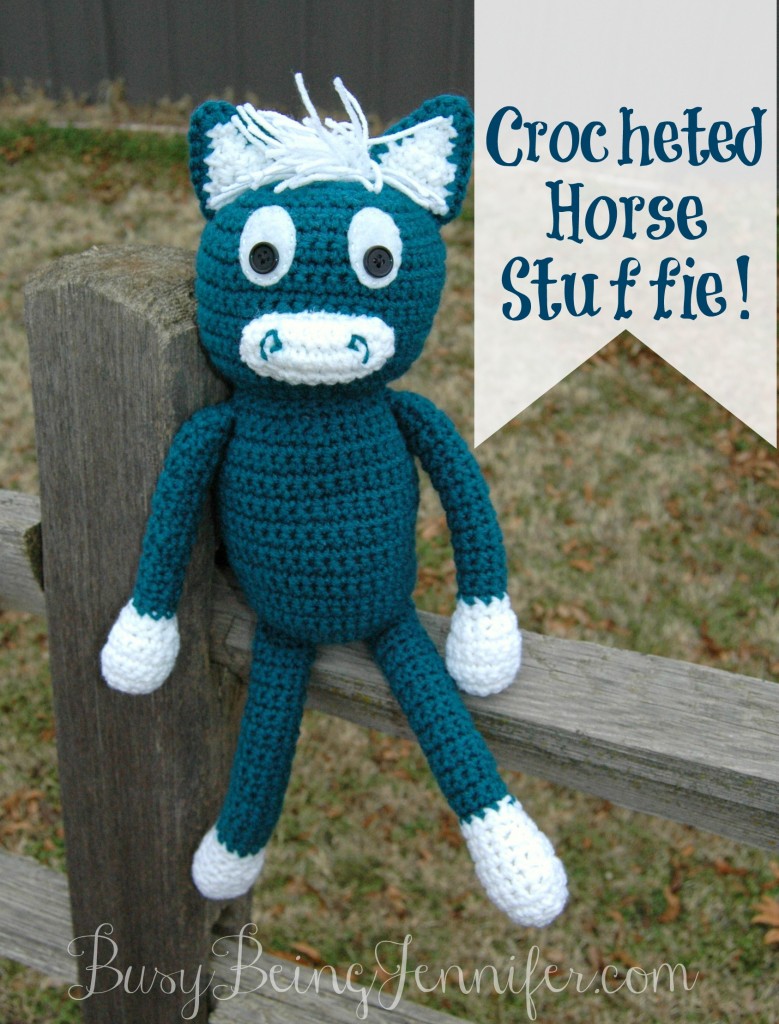 Now I wish I had a pattern to share with you… but I don’t. I wrote half of it down… and then forgot to finish as I was finishing this little guy up. BUT I do need to refine it a bit… which means I need to make more! And I am totally ok with that 🙂 I might even need a pattern tester or 2, but that’s a little ways down the road… But don’t worry, when I have a pattern to share I’ll update ya’ll 🙂 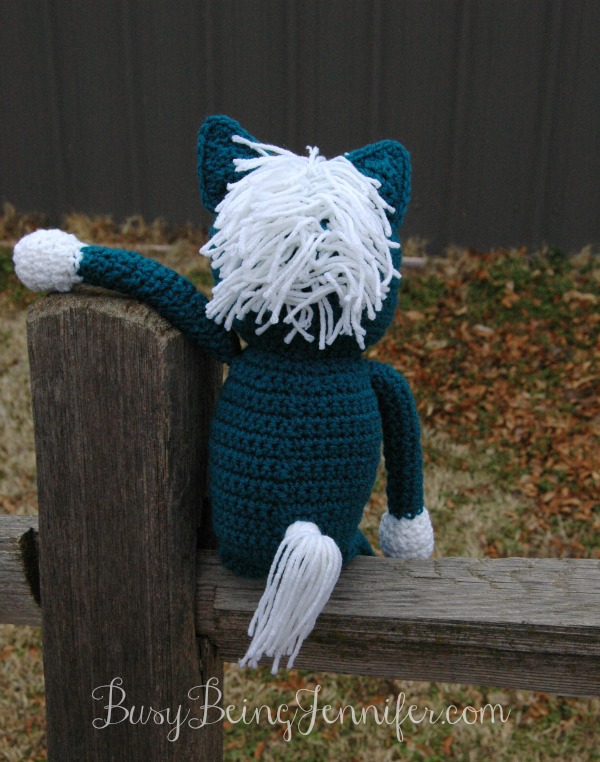 He’s got a mane and tail… although looking at this picture I realize his tail is a little off-center. :/ Abby’s only 6.5 months so I’m sure she won’t notice when this little guy arrives. 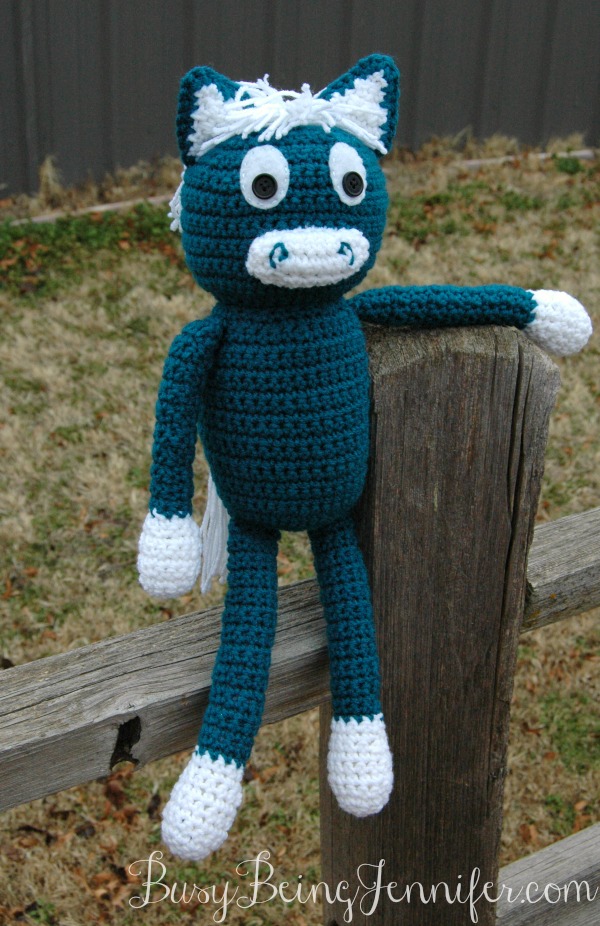 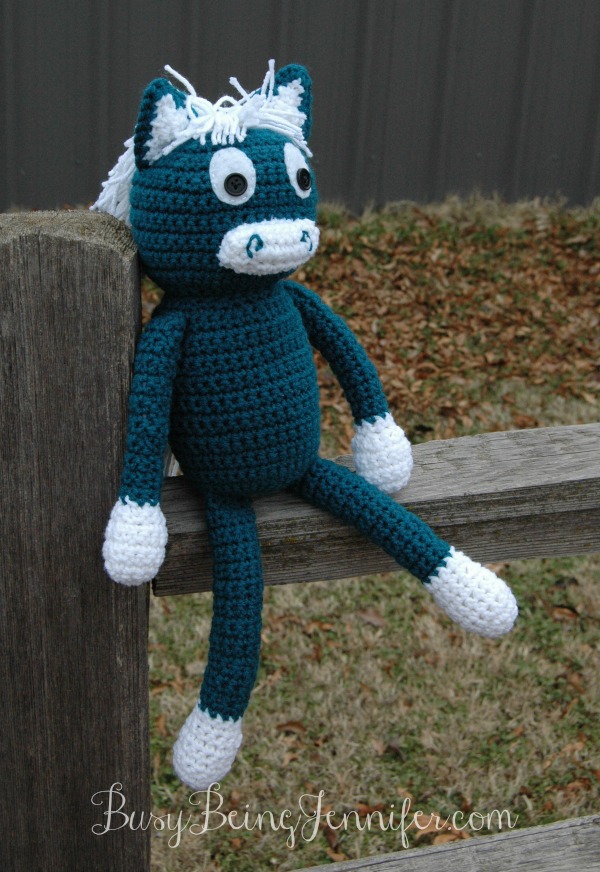 From ear to “hoof” he measures 19 inches, so he’s a little on the big side. I think when I make the next one I’ll make it a little smaller. I suppose I could have 2 size options in the pattern… or three… who knows!! I’ve never written an “official” pattern before… All I know is that I think he’s cute! Hubs says it looks nothing like a horse… more like a duck with ears… but what does he know?!? 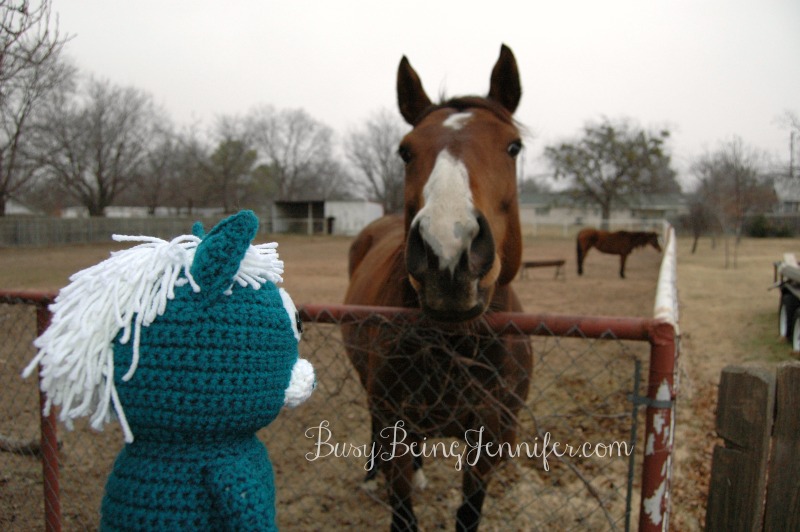 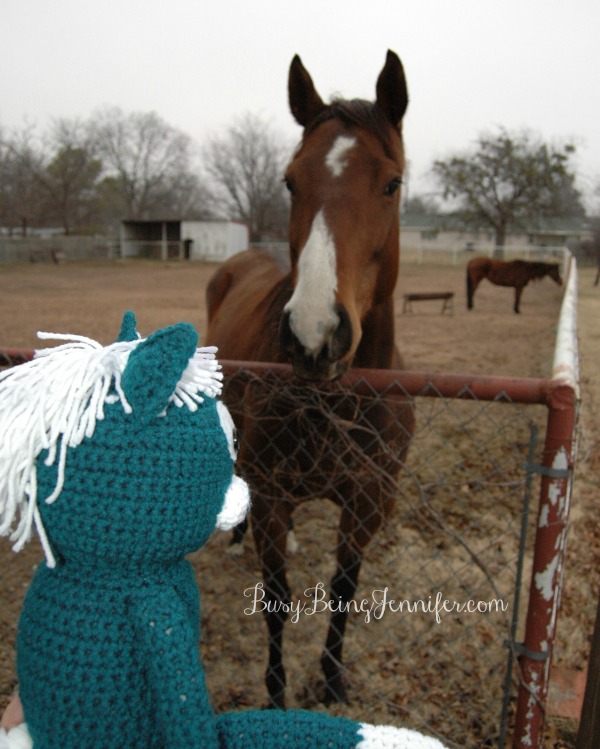 Of course, while we were in the backyard taking pictures, we had to meet the REAL horses that live there. Pride seems to think he looks horsey enough 🙂

What do you think? Does he look enough like a horse?