2014 has been quite the interesting year! I’ve made new friends, reconnected with old ones, knocked a few things off my 40 before 40 and 101 in 1001 lists and added a new Fur-Baby to the family. Looking back it seems like there were as many downs as there were ups, but its definitely the good times that stick out in my memories. I can’t wait to see what 2015 brings!!

What did you do in 2014 that you’d never done before? Went on several “adventures” with friends. It was wonderful to get away for a day or weekend and take a break from the norm.

Did you keep your new years’ resolutions? Will you make more in 2015? I had a word for the year… Focus. I think I was mostly successful, I lost momentum going into the busiest part of the year. I’m still figuring out what I want to focus on for 2015.

Did anyone close to you give birth? Not birth, but friends adopted the sweetest little boy!

Did anyone close to you die? Thankfully no.

What countries did you visit? Stayed right here in the good’ole U.S.A.

What would you like to have in 2015 that you lacked in 2014? Money, success, time with my husband, the chance to visit family, success, more sales with my handmade shop, organization.

What date from 2014 will remain etched upon your memory? Memorial Day Weekend. We unexpectedly brought home a tine ball of spotted fur and our lives haven’t been the same!

What was your biggest achievement of the year? I got back to the gym and lost one size and 15ish pounds! Pretty proud of that… even if I did slack off entirely during “market season”.

What was your biggest failure? I had some projects that I wanted to start and finish this year that I didn’t even get started. Somehow the things that I want to make/do/accomplish for myself get pushed to the back-burner.

Did you suffer illness or injury? Same old, same old. Still battling the auto immune disease, bouts of exhaustion and inconvenient flare ups. I had the doctor up my medication and its been helping a lot.

What was the best thing you bought? I got a new laptop and its made life much more efficient! I love being able to work on the road or taking off to starbucks for a work date with a friend.

Where did most of your money go? Probably the same as everyone else’s… bills! We did manage to save a tiny bit and purchase a few things that we’ve needed for a while.

What did you get really excited about? I got REALLY excited about being able to FINALLY give a friend a quilt that I made her for her birthday… even though it was 6ish months late ( more on that soon ). Bringing Bitly home was kinda awesome too… after I got over the shock of the Hubs saying yes to a puppy out of the blue.

What song will always remind you of 2014? Pittbull’s “Fireball”. Its a great work out song but the first time I heard it I was driving with my friend Shelli and we both started “car dancing” and laughing our butts off 🙂

Compared to this time last year, are you:

What do you wish you’d done more of? I wish I’d done a few more things for myself. I get caught up in projects, inventory and taking care of everyone else. I tend to forget that its ok to do things for me.

What do you wish you’d done less of? I wish I’d done less freaking out about things. I made a couple choices, especially this fall, that really put pressure on myself and health. I don’t regret those decisions, I just wish I hadn’t let myself stress so much about them!

How did you spend Christmas? I spent it with my husband, furbabies and in-laws. It was a perfect, relaxed and totally casual day.

Who were your best friends? Taylor, Carrie and Shelli 🙂

What thing did you do that was meaningful to others? I sent 10 packages as part of the 2nd Homespun Happiness Christmas project. I hope it impacted the families that received them and made their Christmas’s a little brighter.

What were your favorite TV shows? I’ve binge watched House, Glimore Girls, Criminal Minds and a few others. I don’t really watch TV when its on TV. lol

Do you hate anyone now that you didn’t hate this time last year? yes. But it wouldn’t be nice of me to talk about it LOL

What was the best book you read in 2014? I read a bunch of books. I think my favorite was “What Alice Forgot”. I still have a stack of “to read” books beside my night stand… we’ll see how far I get this year 🙂

What was your greatest musical discovery? Meghan Trainor for sure! That girls got MAD skills and its been fun watching her career take off!

What did you want and get? I wanted a single serve coffee brewer and Hubs got one for me for Christmas!! I’m so excited! I’ll be sharing about it soon 🙂

What did you want but did not get? I wanted to go on a vacation… Hopefully this year!

What were your favorite films this year? I got to go see the new Penguins of Madagascar and that one was pretty awesome. Another favorite Maleficent.

What did you do on your birthday, and how old were you? I turned 31 this year. It was a day filled of things that make me happy. Picnic outside, time with friends, Skype chats with family and playing with the puppy.

What one thing would have made your year immeasurably more satisfying? There are a few personal matters I would have liked to get finalized and settled. I’m REALLY hoping that we can get them taken care of this year. I want to be able to move on, plan for the future and go on adventures without these matters weighing on my mind.

What kept you sane? In some ways its been blogging thats kept me sane… as well as drive me crazy. Also my pets… sometimes the #MonsterKittens and Bitly were all I needed 🙂

Who do you miss? I really miss my sisters. Particularly my sister Emily and my niece Abby. They’re some of my favorite peoples and its hard to be so far away from them.

Who are the best new persons you met this year? I made 2 really awesome friends this year. One is Shelli, we’d met not long after I moved to Texas, but we’d never really spent any time together. We went to a quilting retreat and we’ve been besties ever since 😀 The other person I met this year and totally hit it off with is Carrie from the Bitsy Button. We have a lot in common and have had a few adventures since we met in June. I’m so glad she’s in my life now!!

Tell us a valuable life lesson you learned in 2014. If I learned anything in 2014 its that its ok to say “No” and not feel guilty about it. I took on too many things this past year, and ended up paying for it with my health in the end. Saying no and staying organized are 2 things I’m working on for 2015!

Quote that sums up the year: 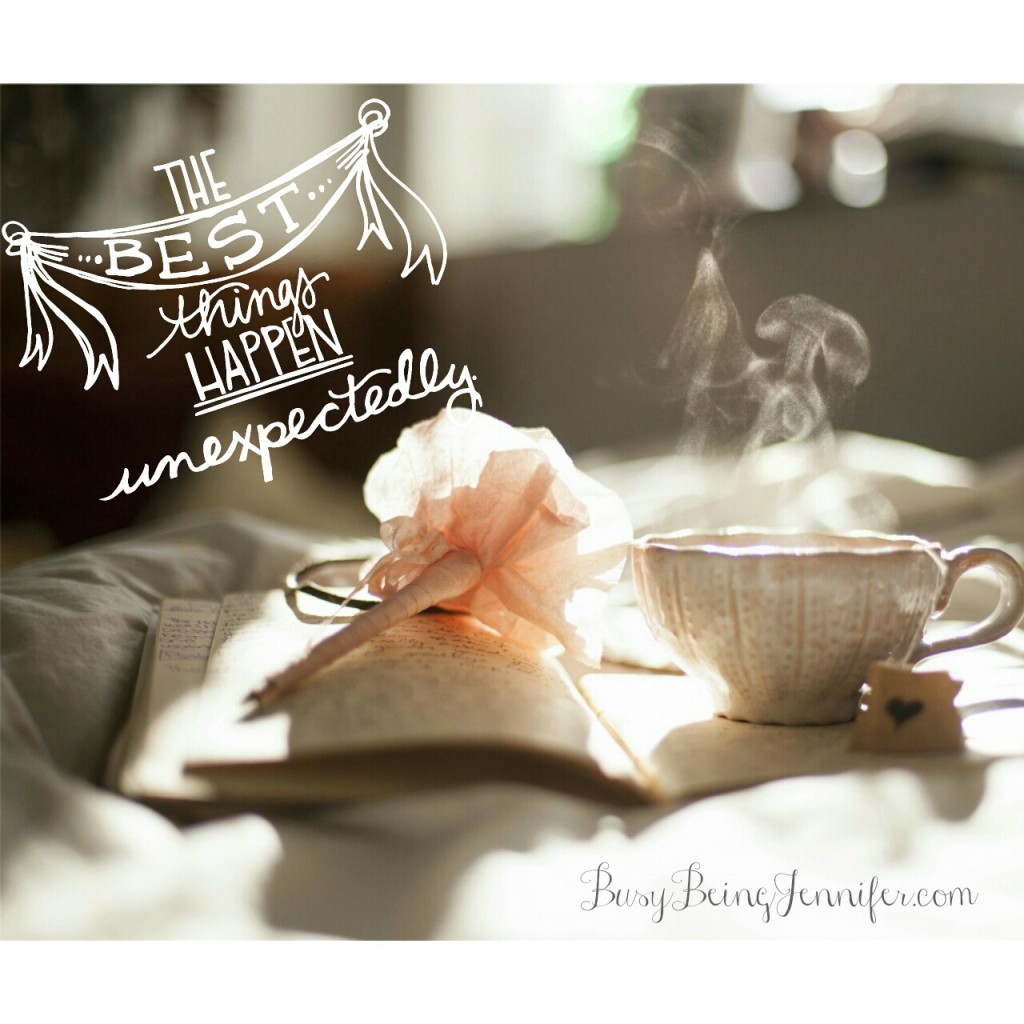 There were definitely some unexpected things in the past year, but they were some of the best things that could have happened in the end.

How was your 2014? How would you answer the above questions?