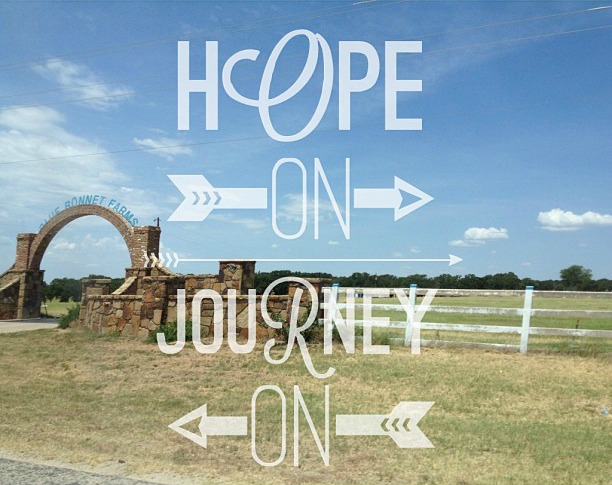 This was only the second time I’ve been into Oklahoma since I moved to Texas… which is silly since the state line is about an hour away.

Hubs and I both commented on how pretty this piece of land and pond is… It would be perfect for a log cabin/house… oh the lovely view! But honestly… everywhere I looked was beauty! I think I need to get out of my little town more often! This is such a beautiful state! 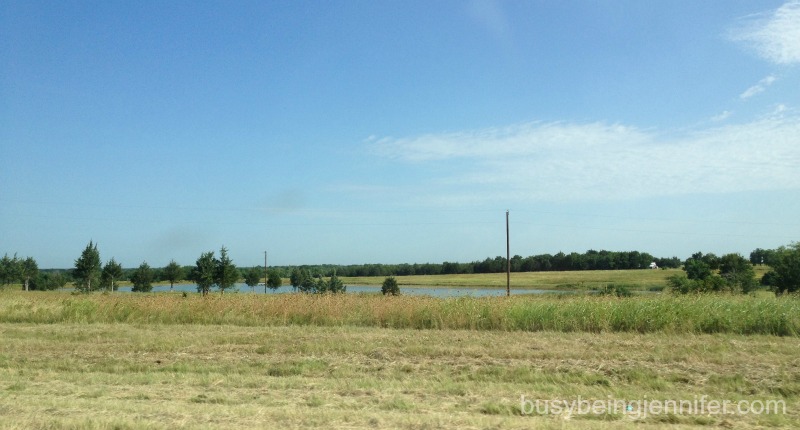 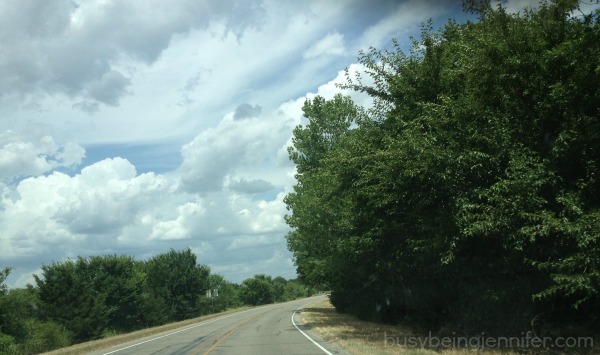 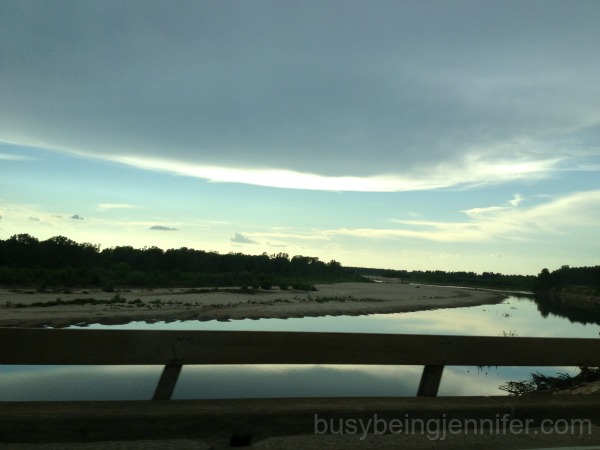 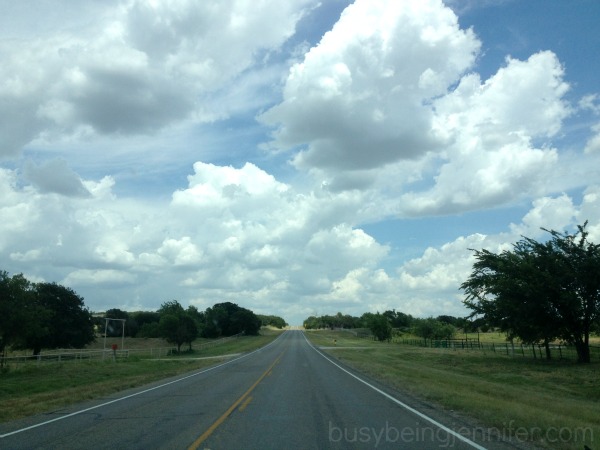 As soon as we win the lottery, we are going to buy this ranch that’s for sale. We’ve talked about getting a ranch before… but never about what we’d raise. Hubby surprised me when he mentioned Organic Buffalo! Say what? The organic part is what threw me lol. 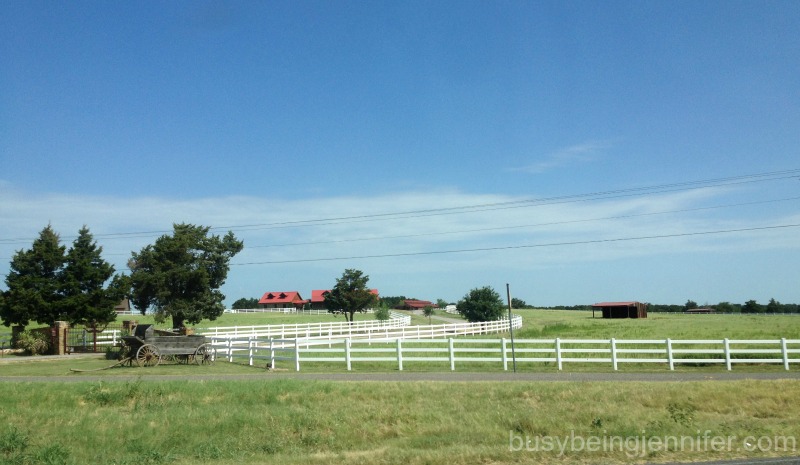 We left Oklahoma much later than we originally thought we would. By the time dropped off the truck, ate some yummy mexican food and headed towards home, it was after 9:30. An hour later we were in Paris, Texas and decided that we needed to call it a night! First time in a very long time that I’ve stayed in a hotel. 🙂 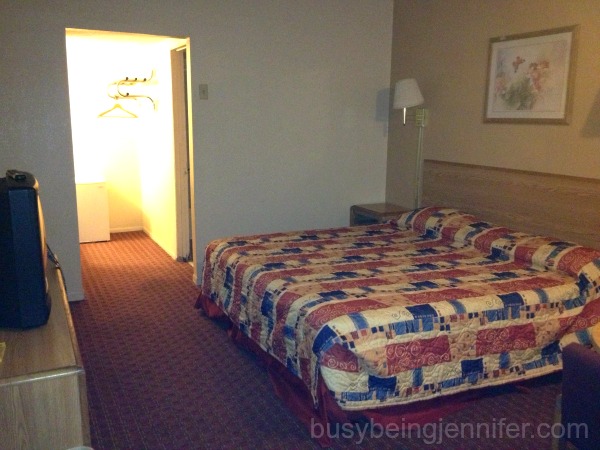 Because I am an over planner/worst case scenario type (I blame my Nana for this trait), I tossed some make up and a brush into a bag along with some clean under things… just in case. Turns out being over prepared is a good thing 🙂 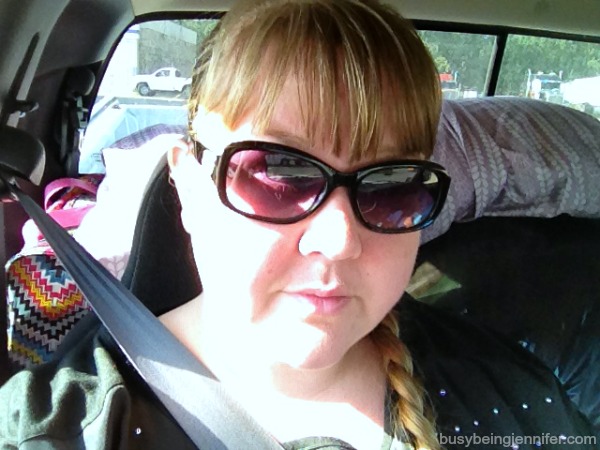 Despite wearing “yesterday’s clothes” I still managed to feel cute 🙂

We ate some really good food while we were on our whirlwind adventure. But other than stopping for gas and food, we didn’t really have time to stop to be tourists. One of these days!