How do you write a post about a part of your life that you chose not to remember?

I guess you just start…

I was 23 when I met my first husband. Yup, I was divorced. Not something I talk about a whole lot, because it was pretty much the worst couple years of my life, and it all happened long before I started blogging. Heck most of my friends now don’t even know. So I’m gonna tell this story, because it needs to be told, but also because I think there are people out there that are going through similar things, and they need to know its possible to get through it.

But first a little background… I’ve been the “Fat kid” my whole life. I’ve fought with self esteem and rejection my whole life. I was bullied, picked on and mocked. My own family got in on the action from time to time. I can’t name one boy that ever had a crush on me growing up. So I turned to food. I could control it, food never made fun of me or called me names. Food was my friend, and yet my enemy. It was pretty much a vicious cycle. By the time I was 19 I was convinced that no one would ever love me or want to marry me.  And all I wanted was to find someone, anyone to love me. So I started online dating…

Fast forward a couple years, and  a whole lot of crappy first dates. I met Bert* (*names have been changed) online through a christian dating site. We talked for quite a while before we actually met in person. He was a nice guy. Our first date wasn’t really anything really remarkable, other than the fact that he didn’t try to get in my pants. That made him different from pretty much every other guy I’d been out with right off the bat. He was a “nice” guy and  he asked me out again before the end of our first date. I  started seeing him every weekend. He was my first boyfriend, the first man I loved.

We dated for 6 months and then started talking about marriage. I was so in love with the idea of love, and with having my dream wedding that I ignored a bunch of warning flags. After 8 months of dating, he casually mentioned he was bi-polar and was on medication for it. After 10 months of dating he proposed. I said yes and started planning a big wedding. We got married and everything was perfect …for about 3 weeks. A week after we got back from our honey moon he stopped taking his meds, but I didn’t know. Shortly after that he lost his job. Things just snowballed from there we were having financial problems, he was incredibly moody and we were having major problems.

3 days before what would have been our 8 month anniversary, I found out he’d been cheating, had been cheating off and on the whole time we dated/were engaged. My life turned into utter chaos and my heart shattered.

I went though hell for about 6 months. We tried, well actually I tried, to fix things. He was more interested in living his own life and having fun. He finally admitted that he didn’t want to be married, so we got divorced. I’m glossing over a lot of what happened, but I really just can’t let myself go back to that time. I was a wreck. It took me a long, long time to recover.

I questioned everything… why it was happening to me, my faith in God, my belief in love, my friendships, every relationship in my life, my very existence. I fought with feeling abandoned and forgotten. I struggled to find meaning in all of the pain. I fought to keep my head above the water. I spent days in bed crying. There really aren’t words to describe the deep, dark, scary place that I was in. 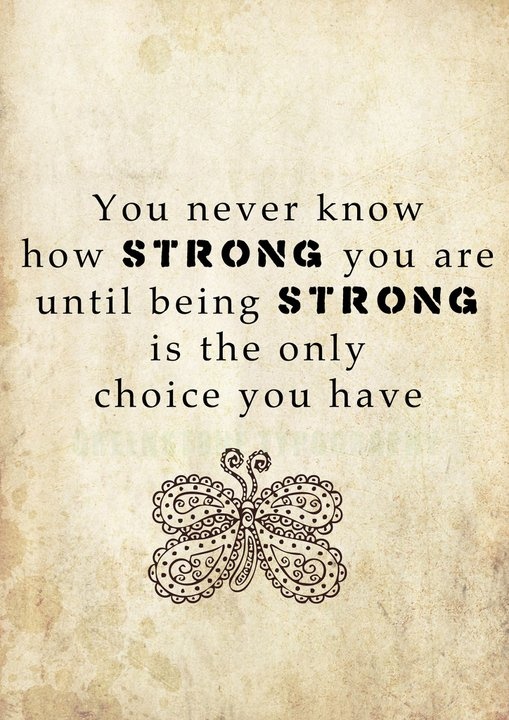 And you know what? There were! I even managed to fall in love again (another story, for another day). This is the truth that I grabbed a hold of and clung to for dear life…

The sun exists, even when its not shining.
Love is real, even when I don’t feel it.
God is near, even when He is silent.