“She’s just a Little Bit” said the Husband, “we’ll take her!” Never have 8 words so rocked my world… 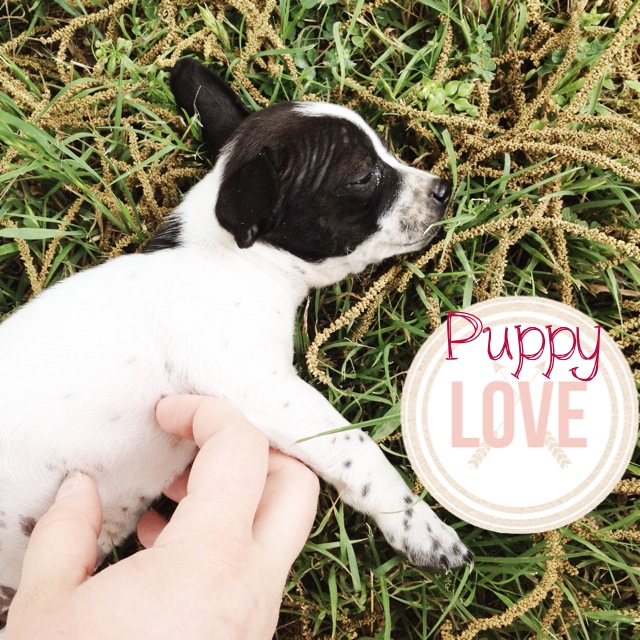 On Saturday morning we ran some errands in the city, had lunch and I even got Starbucks for the second time in a week! On the way home we drove past a new, little resale shop that opened this week near our house. Hubby spied something he wanted to check out so we pulled in for a quick look. He was checking out the furniture outside and I headed in. The very first things I saw was 3 tiny balls of fur… of course I began to ooohhh and aaahhh over the little puppies. I asked if I could snuggle one and picked up this awkward looking little girl with funny black spots and a white streak running down her nose. She was adorable, but I wasn’t looking for a puppy. So I put her down, and started looking at the rest of the store. Hubs had come in right behind me, saw me get all snuggly with that awkward little pup and unbeknownst to me had picked her up as soon as I had put her down. I vaguely heard him ask what breed they were and how old.

Meanwhile that awkward little pup had burrowed right into my husbands chest, gave one long sigh, and promptly went to sleep. He looked down at her, looked up at me and said “She’s just a Little Bit… We’ll take her!”

I had just take a swallow of water and almost sprayed it right back out at those words. Once I was done coughing/choking and could speak again, I said “You can’t be serious!”

Introducing “Bitly” the newest member of our little family! 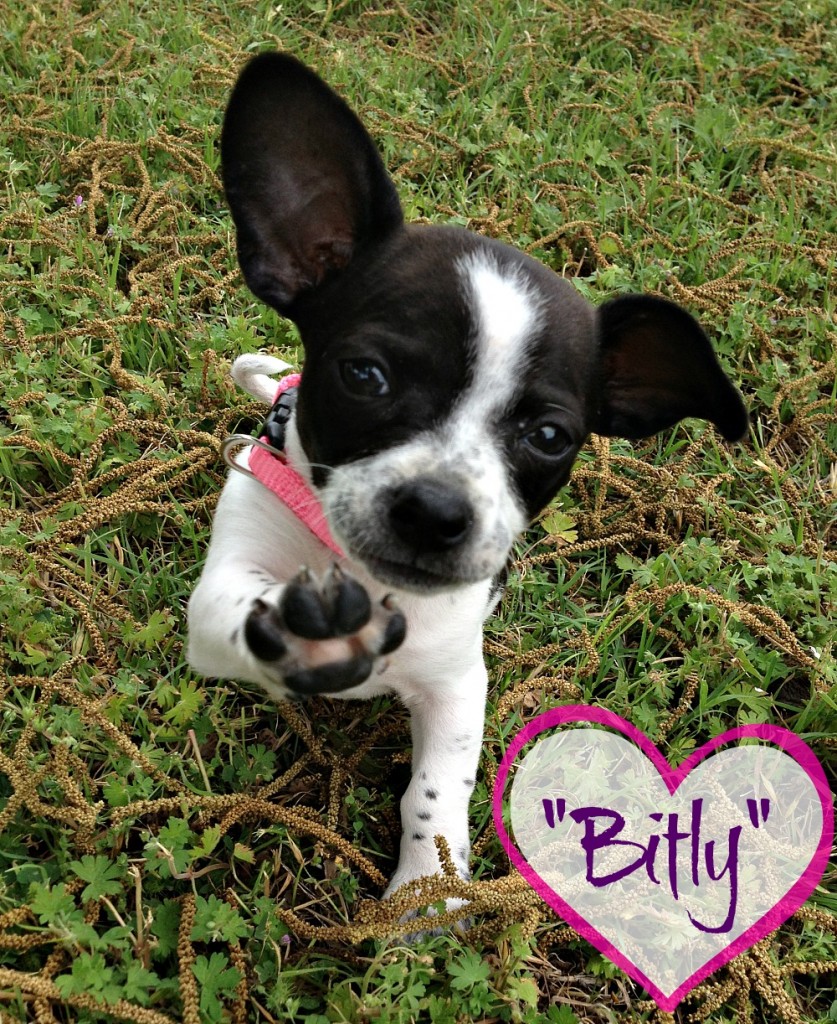 “Bitly” came about when hubby kept calling her “lil’bit”, while cute, I didn’t love it and since he insisted she’s my dog and I should name her, I decided on Bitly… its a nod to what he wanted and a little bit of blogger fun 🙂 And despite joining a completely unprepared family, she has fit right in 🙂 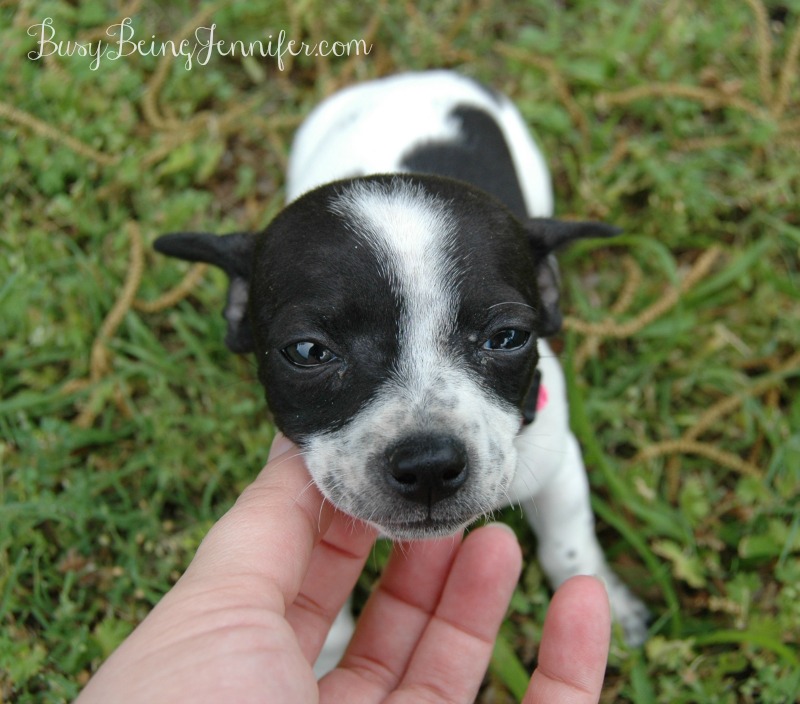 After a bath and some tick removal, she’s happy as a clam! Even the #monsterkittens have gotten used to her! They weren’t too sure at first, but now they think she’s the perfect toy. LOL 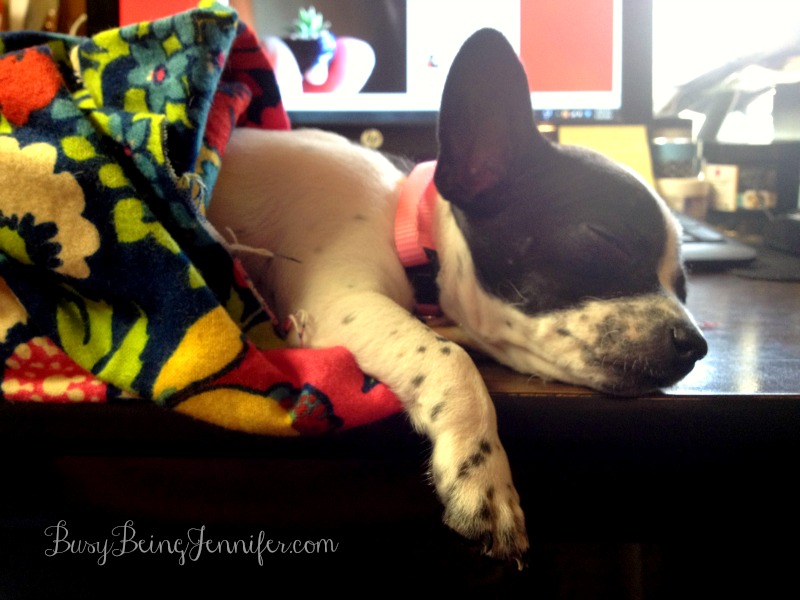 We haven’t had much success with crate training yet and she’s been sleeping in bed with us, BUT she’s only had one tiny piddle accident in the house and already knows what “Outside” and “in the House” means!! She’s a smart little whipper-snapper! 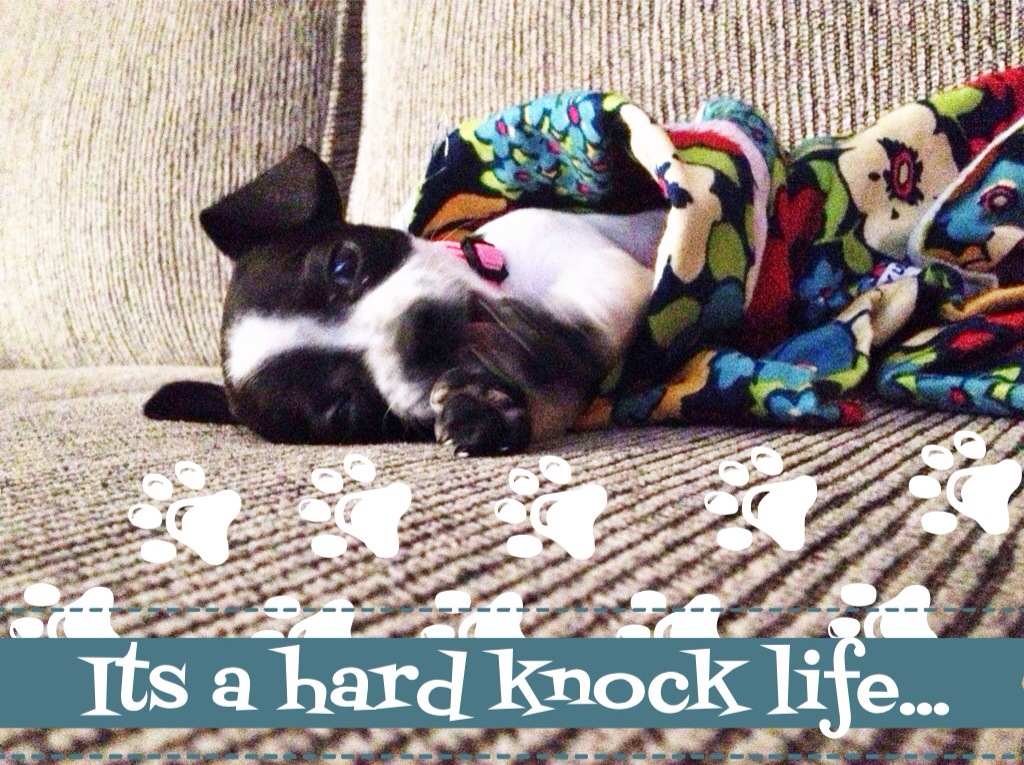 She follows me everywhere, loves to snuggle when she sleeps and is absolutely hilarious when she “plays” with the cats. Its only been 3 days, but I can’t imagine not having her in our lives now!

Welcome to the Family Bitly!!