Wow. Just WOW. It was a pretty crazy weekend… but before I get too much into the nuttiness…. 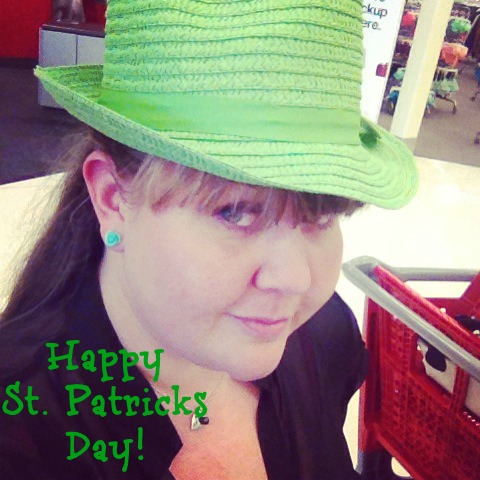 I’ve got my fancy green socks on, I’m gonna eat green pancakes for lunch and have a green smoothie for dinner! Its gonna be a fun day!!

Now let me tell you about this weekend we had… Shelli and I left around 11:30 am on friday, giving ourselves tons of time to get to Granbury, settle in to the hotel and then set up before the fun started Saturday morning. We stopped along the way and did a little target shopping and had a nice lunch. We mad it to the hotel around 3 and relaxed for a bit. We thought we’d be able to start setting up at 5… well it turned out that we wouldn’t be able to get in until after 6:30. We tried to be some what productive while we were waiting. We’d both brought unfinished projects and worked on those until it was time to leave. We met up with a fellow vendor and friend of Shelli’s and followed them into the square to get set up… things started going down hill almost immediately. Apparently we drove in through the wrong entrance … we’d never done this show before and had no idea what we were doing or where we were supposed to go! The people who were supposedly “helping” direct the vendors were quite rude, and they only got worse as the evening progressed. We had a truck FULL as well as a 10 ft utility trailer that was JAM PACKED with my handmade goodies and all of Shelli’s blankets, Quilts and fabrics. There was no possible way for us to unload in the 10 minutes they told us we had… NO WAY! We were moving as fast as we possibly could only to have to listen to ill disguised comments and snide remarks every time they came our way. One of the women actually had the gall to jump in the trailer and start taking random things out!! I imagine she though she was being helpful, but at that point, it just came off as rude, bossy and totally unwelcome. It took us an hour, but we were finally able to get everything out of the vehicle and get it moved out of the way. We’d basically tossed everything off into the adjoining spaces so we could have the room to set up out tents and try to organize as we moved stuff in.

Not even 10 minutes after we’d moved the truck, the same rude, bossy woman came by and told us we had 2 minutes to move our stuff (said in the most rude, snobbish, and  disrespectful tone possible). Our booth neighbor was going to be coming to set up his tent. So that just put us back into a whirlwind of shoving bins places and tossing things in different places. To say our stress levels were running high would be a huge understatement. Shelli was on the verge of an anxiety attack and I could feel my insides cringing. Somehow we managed to keep from flying off the handle or having full blow freak outs. By 8 pm we were losing the light and it was getting pretty hard to see what we were doing. We called it a night and headed back to the hotel. Within 15 minutes of getting back to the hotel I was in the midst of a full-blown flare up. The stress of trying to get set up with the unnecessary pressure and rudeness sent my body over the edge. I spent most of the night dealing with the fevers, chills, full body shivers and pain that comes with a colitis flare up. There was not a whole lot of sleep happening.

I woke up Saturday morning not sure if I would even be able to make it to the booth, and if I did get there, how long I’d be able to stay. I took a moment to ask for prayers and positive vibes on facebook and instagram. The positive support definitely made a difference! If you’re one of the amazing people who took a moment to say a little prayer for me, THANK YOU! 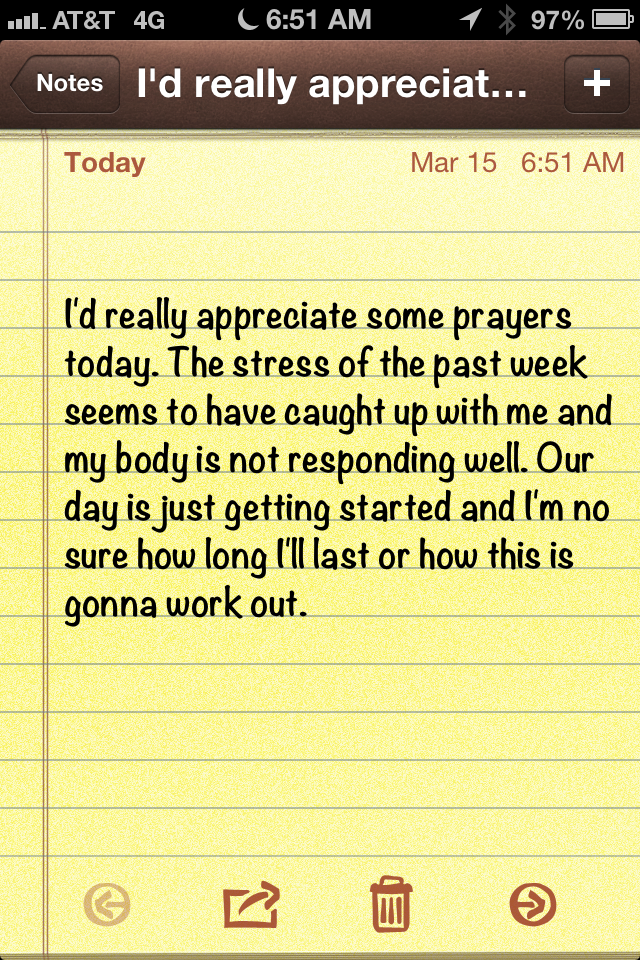 I managed to last the day, we even had some pretty good sales….well that is until the torrential rains came! Then everyone was scrambling to cover their booths! It had sprinkled off and on most of the day, so our booth was pretty much locked down already, but we were scrambling when one section sprung a leak and got some of Shelli’s fabric wet. The first round of hard rain let up after about 30 minutes. We opened the booth back up and made the displays and things pretty again. 30 minutes later the rain was back!! Even harder this time! The winds were pretty bad too. We decided enough was enough and started securing things so we could head back to the hotel. I packed all my stuff back in the bins (I’d rather spend the hour+ redoing displays than run the risk of things getting ruined with the rain!) and Shelli covered as much of her fabrics, blankets and quilts as she could with the extra tarps and clamped them down. We grabbed a couple of garbage bags to use as makeshift ponchos, covered outr purses and started the 4 block trek to where the truck was parked… 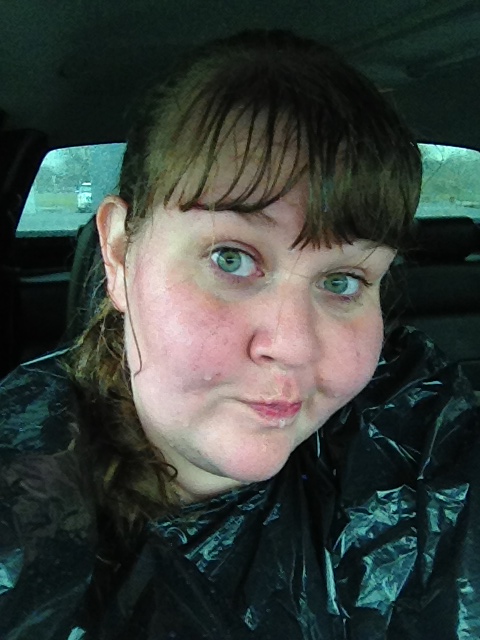 That was one heck of a loooooonnnggg walk! We even waded through a mini river! Not one inch of me was dry by the time we reached the truck. I’ve never been so happy to get into a hotel room in my life! We dried off,relaxed a bit, ordered some dinner and we were both asleep before 8 pm!

Sunday morning dawned with a glorious sunrise and winds that cut right through you. After check out of the hotel we headed to the square early… there was no way we were not getting a parking spot close to our booth! And its a good thing we did too!! 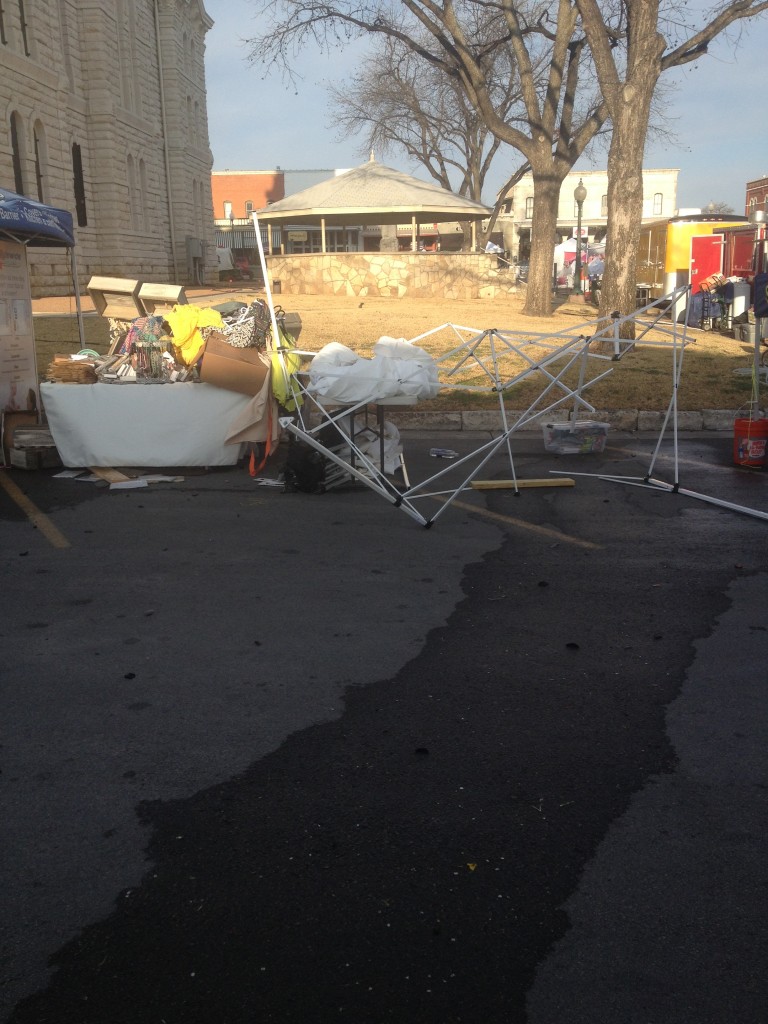 Fortunately that’s not our tent, but the winds tore apart over half the vendor tents that were set up around the square!! It had pulled some of our tarps down and if Shelli hadn’t used those extra tarps to cover her fabric, she would have had a major loss! At first we weren’t sure to do, but as more and more vendors showed up to their ruined tents and products, we started hearing that the organizers might cancel the rest of the event. Canceled or not, Shelli and I decided that at the very least we needed to back up the things that weren’t selling and start getting things organized for a quick tear down.

The winds only got worse… and worse… and worse! We decided we were done, so did most of the other vendors that were there. It was time to pack up and head for home! One of the vendors next to us had a very tall tent, and no weights to secure it. The wind kept blowing it into our space… and eventually it caused our front tent to buckle and collapse! Fortunately we had already packed most of the stuff in the front half of our space. The whole morning was CHAOTIC! We finally got packed up, got a hearty breakfast and started the 2.5 hour drive home. 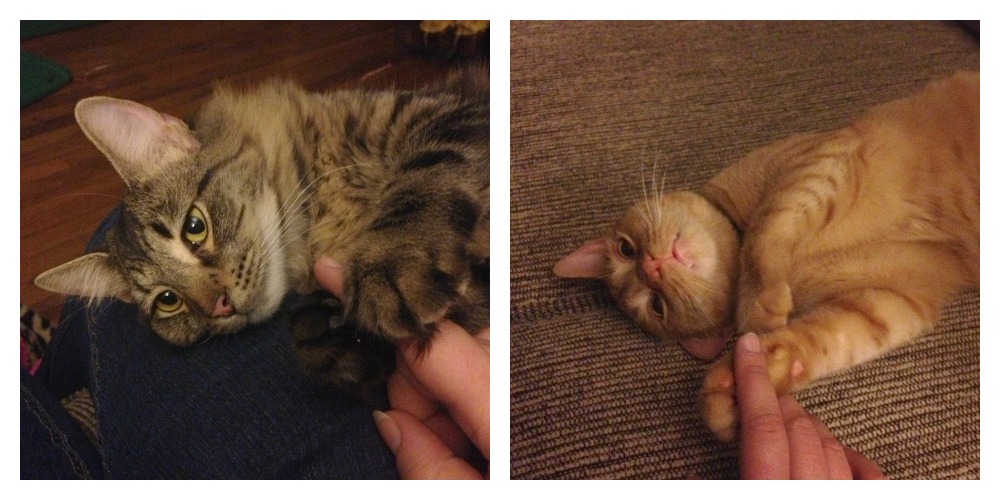 Let me tell ya… after a weekend like that its good to be home! The only thing that could possibly make it better is if my hubby were here too! He’s supposed to be home on Wednesday and I can’t wait to get a hug!

Oh! I discovered this when I was walking around on Saturday! I think that Bacon Flavor trend has officially gone a little too far! What do you think?? 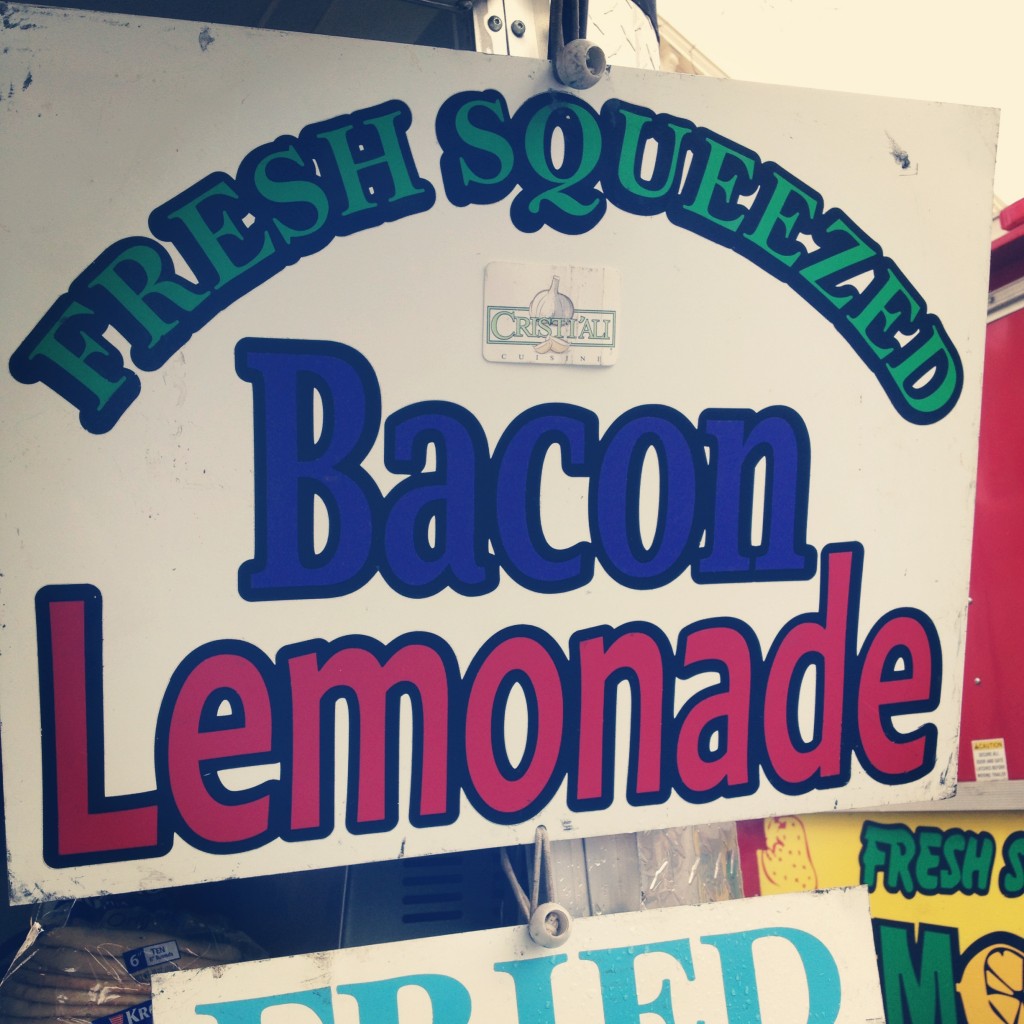