Once upon a time, a long time ago, I shared this DELICIOUS Maple Bacon Trifle. Well I figured it was about time I gave it an update… and I might have had a little craving AND I had company coming over… so I decided to kill three birds with one stone 🙂 There is something about the combination of maple and bacon, something almost homey. I guess its my northern roots, and the time of year, but I’ve been craving all things maple the last few weeks! 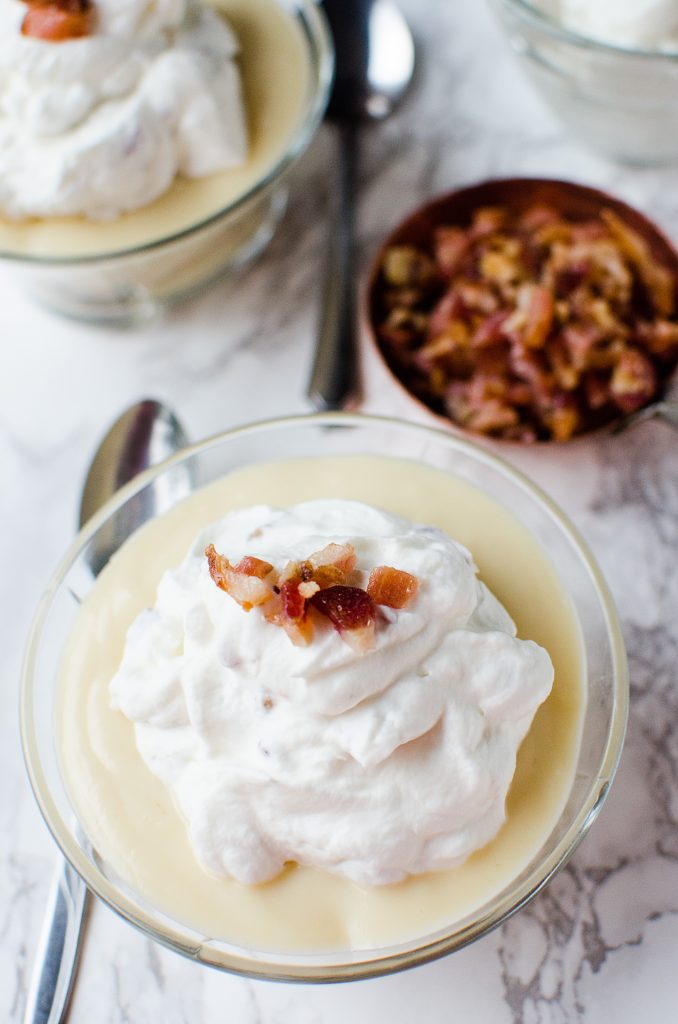 Check out my original recipe post here. These pictures are MUCH better though 😉

This Maple Bacon Trifle will serve 4 to 6 and  is composed of layers of maple pudding, maple-bacon whipped cream and vanilla cake. I like recipes that are somewhat simple, especially when I’m preparing for company, so instead of baking the cake part of this trifle from a box or from scratch, I went with a store-bought vanilla loaf cake. Everything else whips up from scratch pretty quickly. 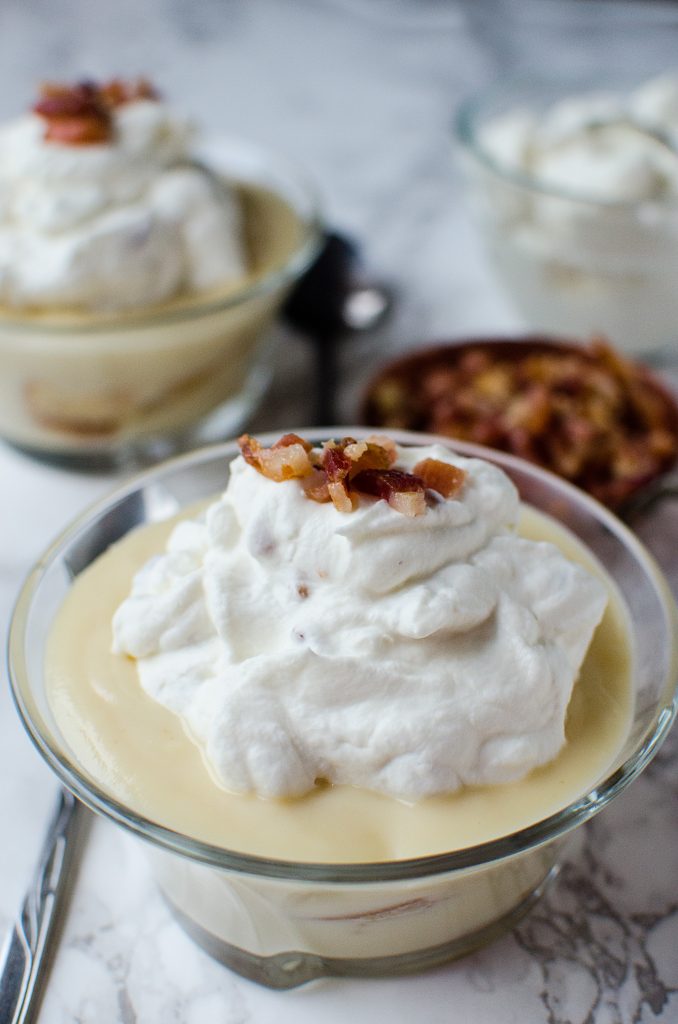 1. Place 1 cup of milk, the cream, the syrup and salt into a medium sized pot and heat until simmering.

2. In a separate bowl, combine the cornstarch, remaining milk and egg yolks. Whisk until well blended.

3. Take approximately a cup of the heated milk/syrup mixture and slowly pour into the egg mixture, whisking the whole time. Mix well. Slowly add the egg mixture into the pot and bring it up to a slow simmer. Whisk continually. When the mixture thickens, immediately remove it from the heat. Incorporate with the butter and vanilla, stirring until the butter has disappeared.

Set aside and allow to partially cool. 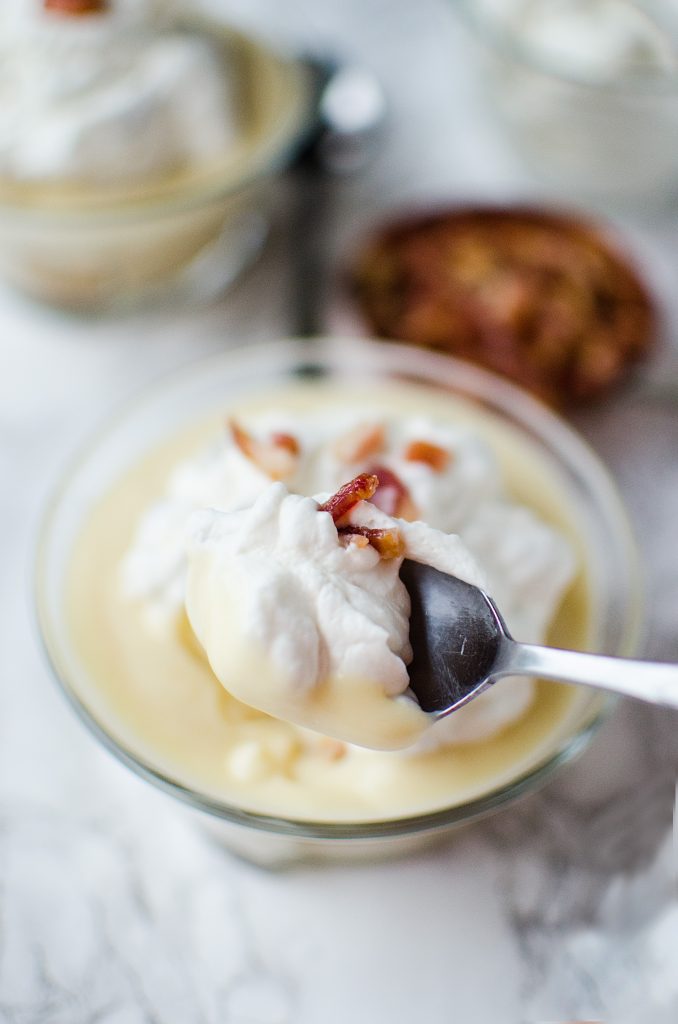 1. In you kitchen mixer or large bowl place the cream and maple syrup. Whip until stiff peaks form.

2. Gently fold in bacon pieces. Keep cool until ready to use.

To put the Maple Bacon Trifle together:

Add the layers anyway you’d like, but I did cake, then pudding, a sprinkling of finely diced Tyson bacon pieces, cake, more pudding. Once you’ve got your Maple Bacon Trifle in the dishes, cover and allow to cool completely in the fridge. When you’re ready to serve add a dollop of the maple bacon whipped cream on top and sprinkle a few more bacon pieces on top. 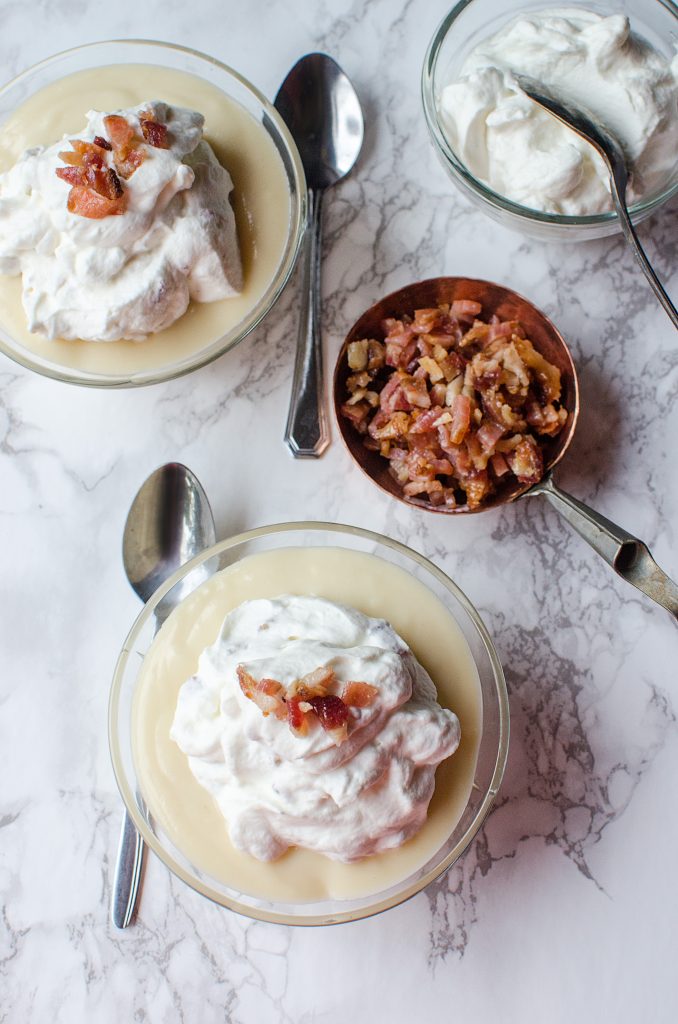 This Maple Bacon Trifle with Maple-Bacon Whipped Cream is pretty much HEAVEN in a dish!

Doesn’t this Maple Bacon Trifle with Maple-Bacon Whipped Cream look AMAZING?? Believe me it tastes even better! This recipe has been a huge hit every time I’ve served it too! If you love maple, you’ll love this recipe!

Check out some of my other delicious Maple Dessert Recipes: 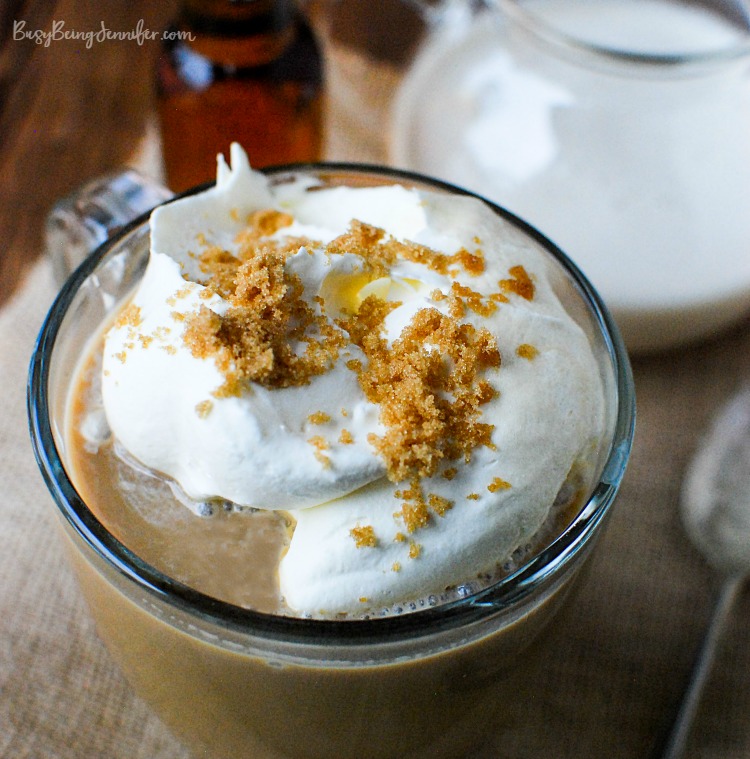