Its been a tradition for as long as I can remember to create a new ornament every Christmas. There HAS to be a new, handmade something  to go on the tree or it’s just not Christmas!! Inspired by this new trend, I decided this year I needed some Gold “Dipped” Feather Ornaments 🙂 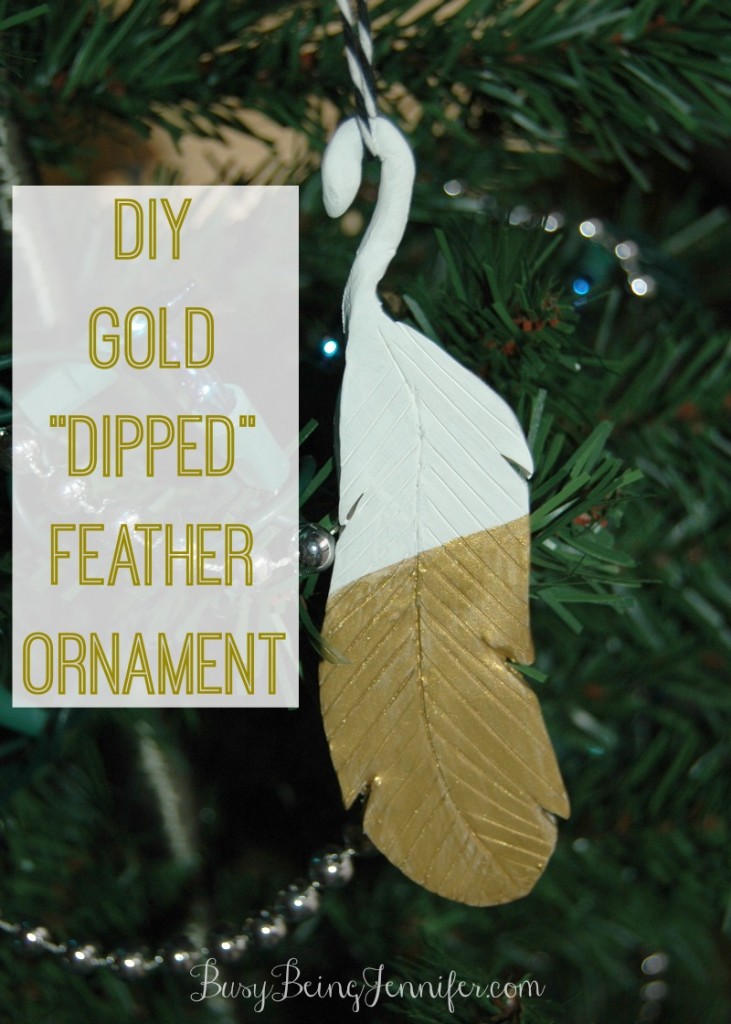 I used the same clay and method as the mustache ornament from last year. Only this year, instead of using some sort of cookie cutter, I used a knife to cut out the feather-ish shape. Added the feathery details with the edge of the knife. Looped the feather spine and voila! A Feather!

Of course the ornament has to be baked and painted before it can go on the tree. So into the oven at 275 degrees for 12 minutes it went. Once completely cooled, a couple of white craft paint were applied. Once that was dried, it was time to “Dip” in the Gold. Since I had a limited amount of gold paint, I just painted on the gold as opposed to actually dipping. Several coats and a diagonal line work well to give it that “just dipped” look!

I am in love with this ornament! And since its clay and quite unlikely to break if dropped its proudly displayed on what would otherwise be a rather boring tree. With the Monster Kittens around, we chose to limit the ornaments to the bare minimum. You know in case those two terrors knock the whole thing over! They’re quickly learning that chewing on the lower branches will not be tolerated 🙂

With my traditional ornament making completed its starting to feel a lot more like Christmas!

What is the one tradition that makes it feel like Christmas for you?