Need a really cool gift idea for the man in your life? You know that kind of guy I’m talking about, the one that has pretty much everything he could want or need? That pretty much described the two main men in my life. There is one exception to that rule, time pieces… clocks, grandfather clocks, watches, pocket watches… if it tells time they’re interested. In fact my FIL’s main hobby is repairing them!

When I received an email from Jord, asking if I would be interested in receiving one of their wood watches in exchange for a review, the answer was an immediate yes! 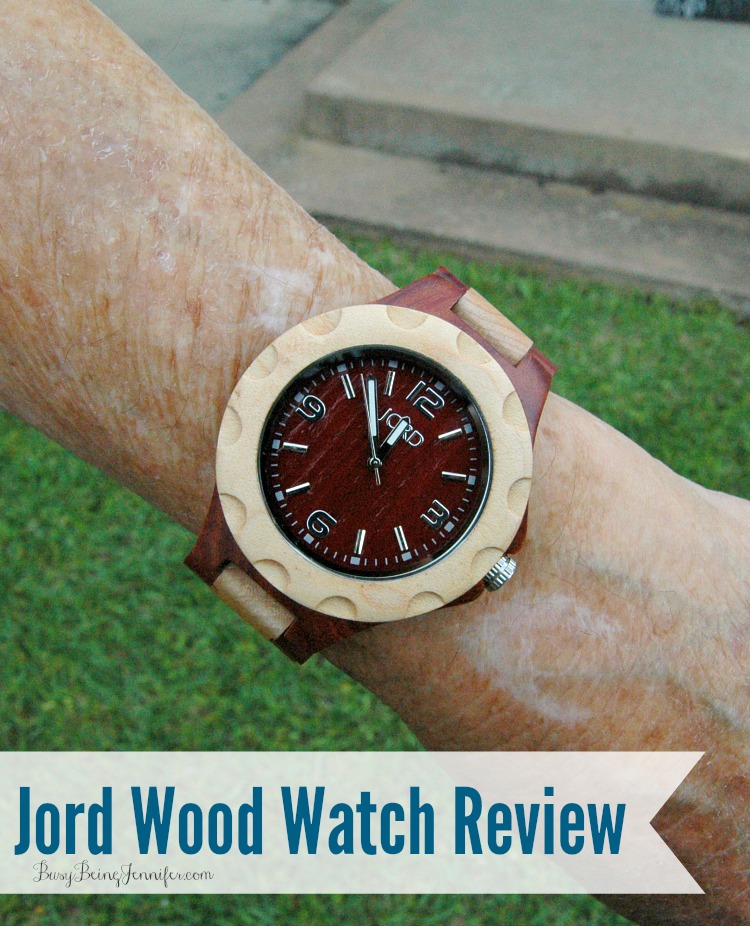 Next came the hard part… Which watch to choose? I left the decision up to my husband, after all, he’d be the one wearing it! After some hemming and hawing… and changing his mind a few times, he finally settled on the Sully in Cherry and Maple. I swear the hubs was like a giddy school boy when that package containing his watch arrived 🙂 I took pictures of the “unboxing” but unfortunately they got deleted before I could upload them to share. *sad face* 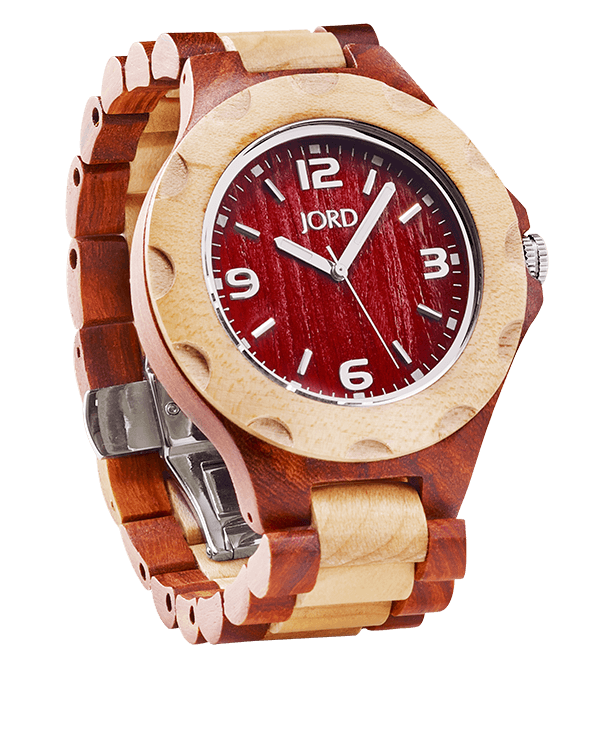 Isn’t it pretty?!?! I gotta admit, I was a little jealous when the hubs opened the box. Of course the hubs had to immediately take his new treasure over to show his dad. He even let my FIL try it on and I snapped some pics 🙂 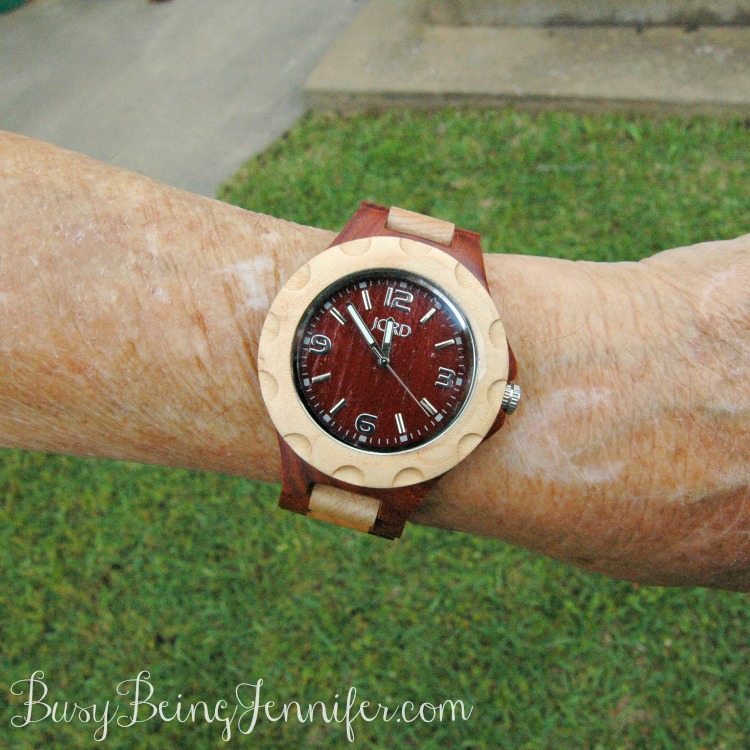 The colors of the wood in this watch really are stunning. The Sully series marries complimentary and contrasting woods giving a vivid and varied tonal effect that can only be achieved when constructing a wood timepiece. The large face numbers and cut out bezel add playfulness to an otherwise classically styled timepiece.

I think my Father-in-law is a little jealous of the hubs new favorite watch! And I guess I know what we’ll be getting him for Father’s day this year 🙂

For the man that has practically everything and LOVES watches >>

What do you think? Would you wear a wood watch?