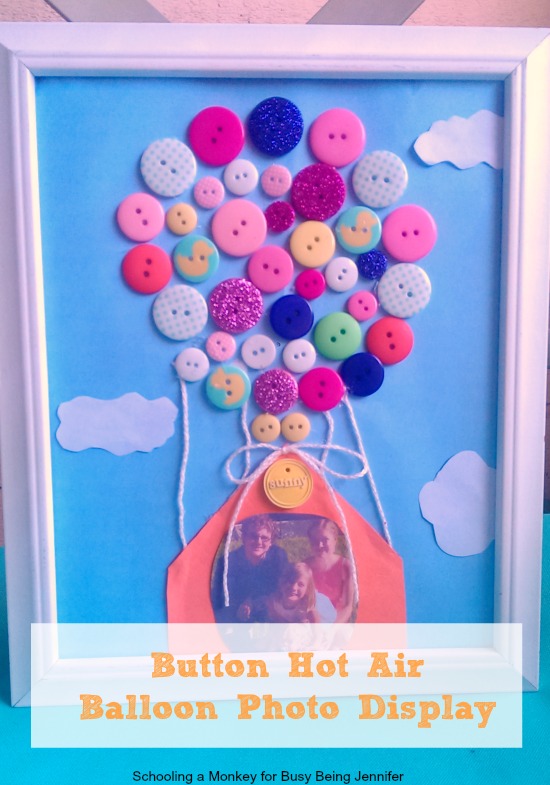 I love all things button. My first post here on Busy Being Jennifer had a significant amount of buttons, but just a few projects is not enough to satisfy my button cravings. If I had more buttons, I would probably have covered every square decorate-able inch of my house in them.

I saw this image on Pinterest several months ago, and it happens to combine my love of buttons, hot air balloons, and easy DIY projects. So, naturally, I had to create my own version of this adorable button hot air balloon photo display! 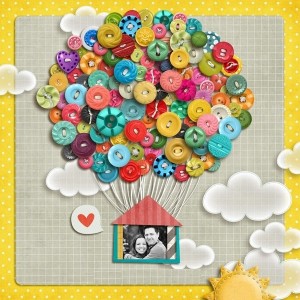 The Internet is not saying who the original source for this image is, which is really too bad, because it is awesome and they should be getting credit for it.

The original image is a scrapbook page. I wanted mine to go on the wall, so I made a few design modifications. 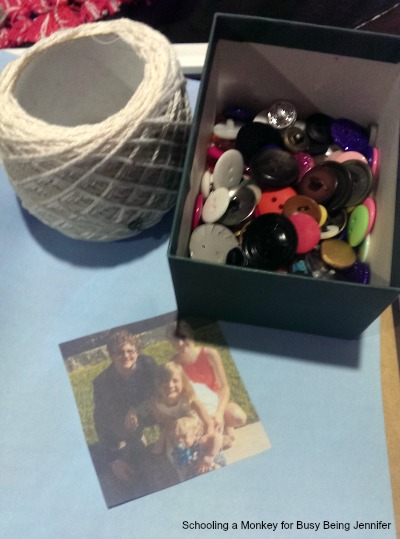 Cut your photo to size. I made a house-style frame from orange paper like in the original image because I thought the photo looked too strange on its own. After the house was complete, I cut the photo to fit in the center.

Place your photo on the bottom of the paper. Arrange buttons over the house to create a hot air balloon shape. If you have a lot of buttons, you can overlap them, but I didn’t have quite enough for that so I did a single layer.

Cut strings long enough to reach from your photo to the base of the balloon. The photo becomes the balloon’s basket. Glue the strings to the back of the photo (this is important to do early on- I know because I did it out of order and found it quite frustrating).

Start gluing the buttons in place to make the balloon. When you glue the bottom buttons on, attach the other end of the string before gluing them down to the paper. This saves time and prevents paper tearing/crinkling.

Cut some clouds from white paper and glue them in the sky surrounding the balloon and basket. I almost skipped this step, but I’m glad I didn’t because it really added something to the design.

Optional: Add a string bow somewhere to your photo frame. I thought it added a fun touch. I also added a button to the roof of my house just for fun and a bit of extra flair.

Place the balloon picture inside your frame and display wherever you like!

If you also make this project, share it with us! 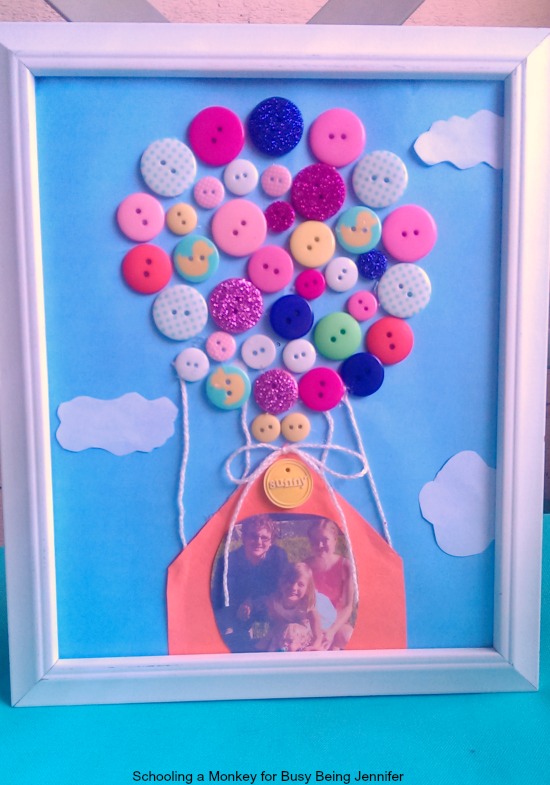